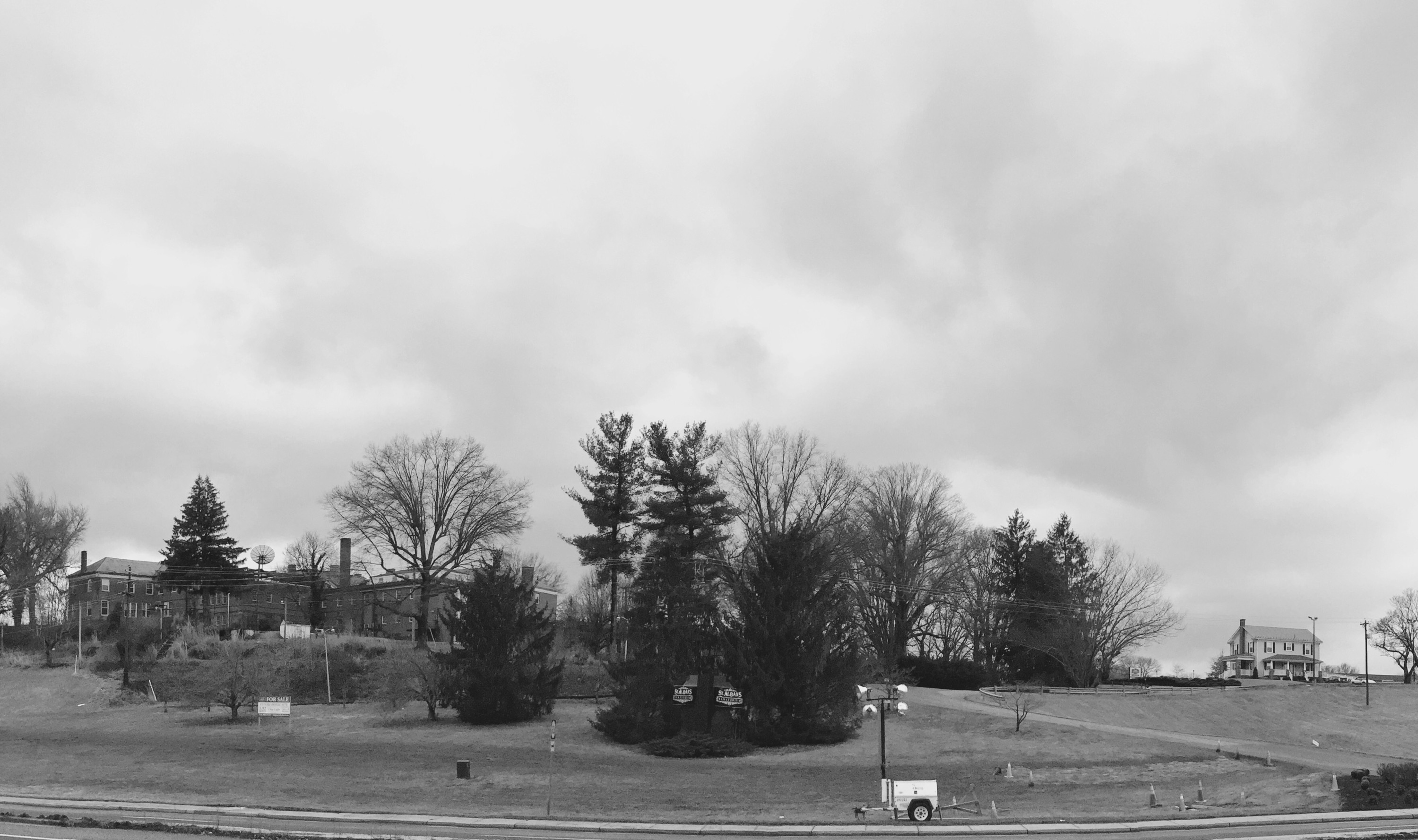 Overlooking the New River sits the St. Albans Sanatorium. It’s reputed to be one of the most actively haunted locations on the East Coast. Paranormal researchers from D.K.S. Paranormal, Paranormal And Truth Hunters (PATH), and Paraholics.com teamed up to investigate there for an entire weekend. The collaborative effort between the groups was outstanding. Not only did our method and approach seem to pay off, but we felt our personal spirits brought something amazing out from the spirits residing in St. Albans. Personality. 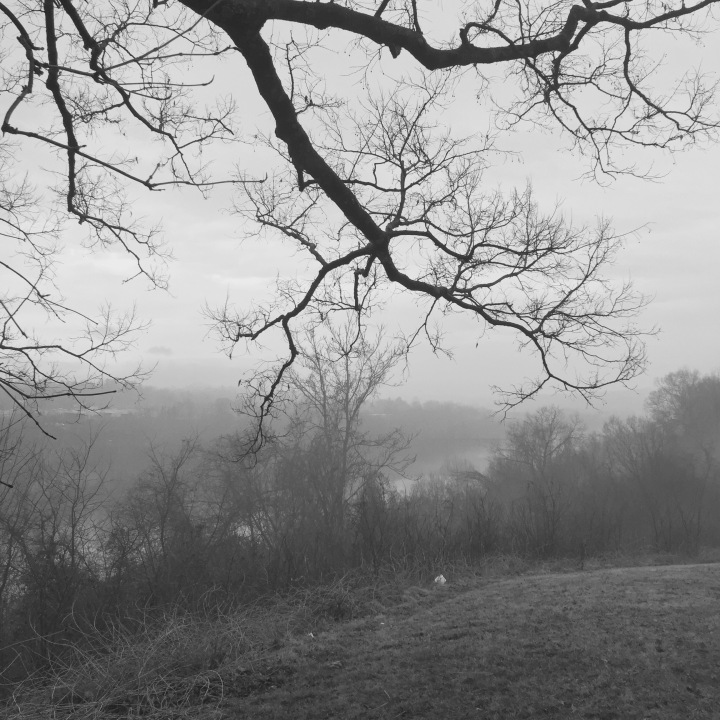 This is not a fully comprehensive report. Nor does it fully entail or include all the recorded evidence from all investigators involved. This is a brief synopsis of my experiences and of the investigators I was personally with. 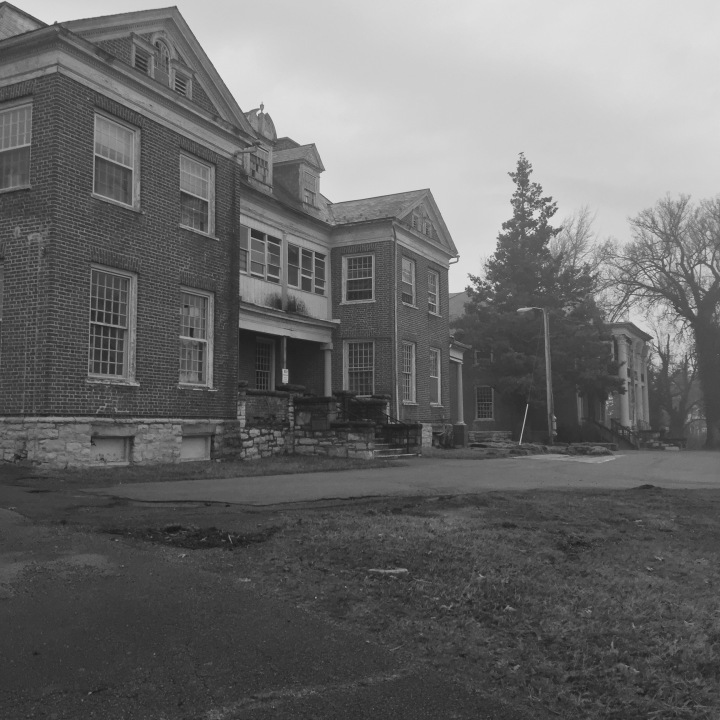 Professor George Miles first opened the St. Albans School for boys in 1892. The school started out successfully but was completely closed in 1911. Dr. John C. King, who established the Saint Albans Sanatorium, purchased the buildings in 1915. A massive addition was made in 1980, which made the entire facility around 68,000 square feet, and the mental hospital remained at the site until 2004. Think of the decades of raw emotion, despair, and fear of the mentally ill sadly mortared within the walls of St. Albans. Many of the treatments adminstered there are considered very barbaric by today’s psychiatric standards. We also cannot forget the many deaths at the hospital due to various causes. Suicides were very prevelant. Although the actual death count isn’t known, it was significant enough that the hospital had its own morgue onsite. 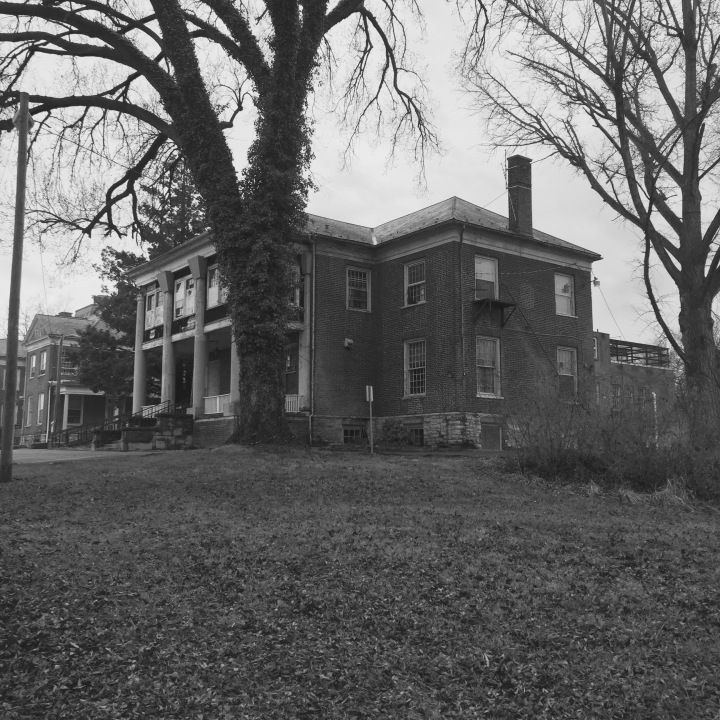 Throughout our investigation we were divided into two groups, at times joined by volunteers from St. Albans. We were extremely cautious to stay in contact with each other to avoid any cross-contamination. The tools used were basic digital recorders, EMF detectors (MEL, K2), Parascopes (static energy meter), bells (yes, that’s right), the P-SB7, IR and full spectrum cameras and video cameras. We had the property for 36 hours straight, and we were able to rest at The Inn at Saint Albans (the beautifully restored former home of Dr. John C. King, also haunted). 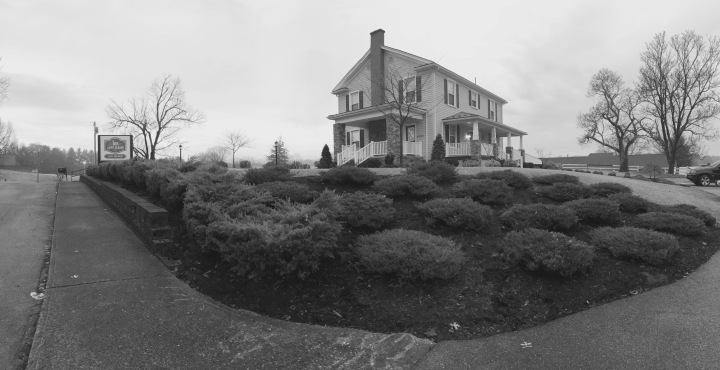 • Muffin Man Hallway is on the first floor right past the King Center entrance. That nickname comes from St. Albans volunteer extraordinaire, Jenny Johnston. One year during a Halloween haunted fundraiser for the hospital, Jenny was dressed as a bloody Muffin Man. Event visitors reported not only seeing the Muffin Man (as in her doppelgänger when she wasn’t present) chase them through the hallway, but spectral spooks as well. It is said that a singing spirit named Elizabeth, and a darker, more menacing entity called the Grumpy Ol’ Man are present. Our visit produced DVPs, EVPs, phantom footsteps, loud bangs, heavy feelings, intriguing ghost box chatter, and our Parascopes lit up on several occasions. The experiences with the P-SB7 were amazing to say the least. Not only did it seem that the separate voices of Elizabeth and a cantankerous Grumpy Ol’ Man were present, but the hallway’s visibility would alter depending on who was coming through at that time (lighter for Elizabeth, darker for Grumpy). Plus their distinctive personalities pushed through. Grumpy liked to cuss, bully, mock and laugh at us. Elizabeth sang, said she enjoyed our killer rendition of Blue Suede Shoes (we might be the funniest and most entertaining squad in the paranormal field), and she seemed to almost reprimand Grumpy for control of the ghost box. Amazing. 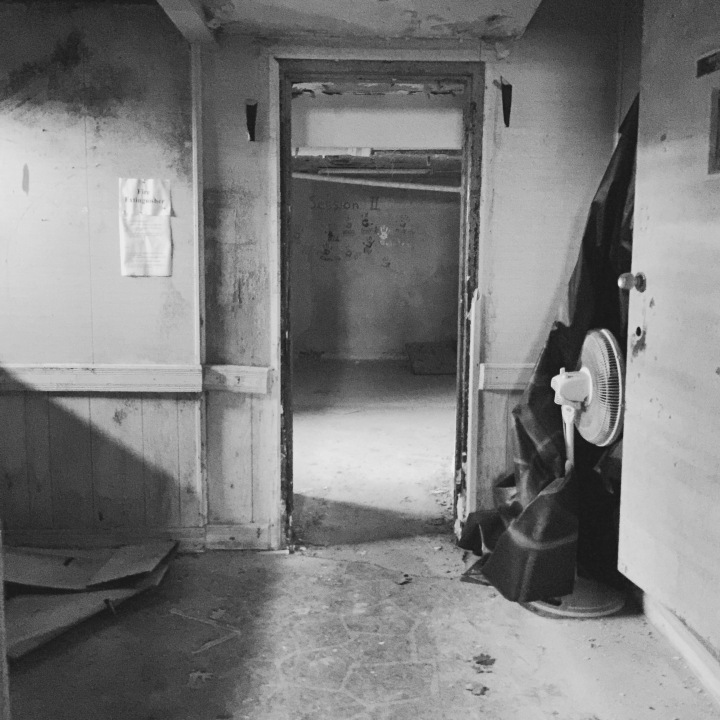 • Downstairs, the bowling alley was used as a reward for patients of St. Albans. In that basement, the bowling alley and the boiler room are regarded as a couple of the darker spots on the property; stories of the demonic Goat Man, shadow people, Smokey (the ghost of a rapist maintenance man), and the potential key in solving the mystery of the location of murdered Gina Renee Hall. On June 28th, 1980, Gina Renee Hall left a bar with Stephen Epperly and was never seen again. This would be the first murder case in Virginia state history where there was a murder conviction without a corpse. There are many theories as to how Epperly disposed of poor Gina; she was thrown in the New River, etc… But a prevailing one revolves around St. Albans itself. Not only was the car that Hall drove found near St. Albans, but it is believed that Epperly actually worked at the hospital at some point and therefore would have known the property very well and got rid of her body there. 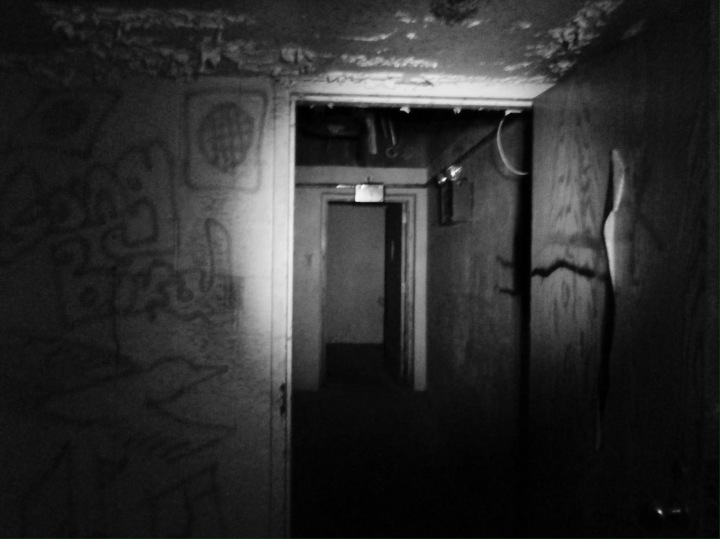 Two areas of interest revolve around the boiler room, and the well house (the well has now been filled in). Mike Culwell, an investigator with our group and retired police detective, was put in contact with Lt. Andy Wilburn of the Radford Police Department. Lt. Wilburn has been revisiting the case of Gina Renee Hall and is open minded enough to at least consider any insights into the whereabouts of her corpse, even clues that might come from the afterlife. We had the opportunity to not only meet with the lieutenant, but he also accompanied our investigation for EVP sessions in the boiler room, and he and Mike did the same in the well house. Though no profound breakthroughs were made for Gina that night, we commend Lt. Wilburn for continuing the search for justice,  and we were honored that he joined us that night. What an opportunity. 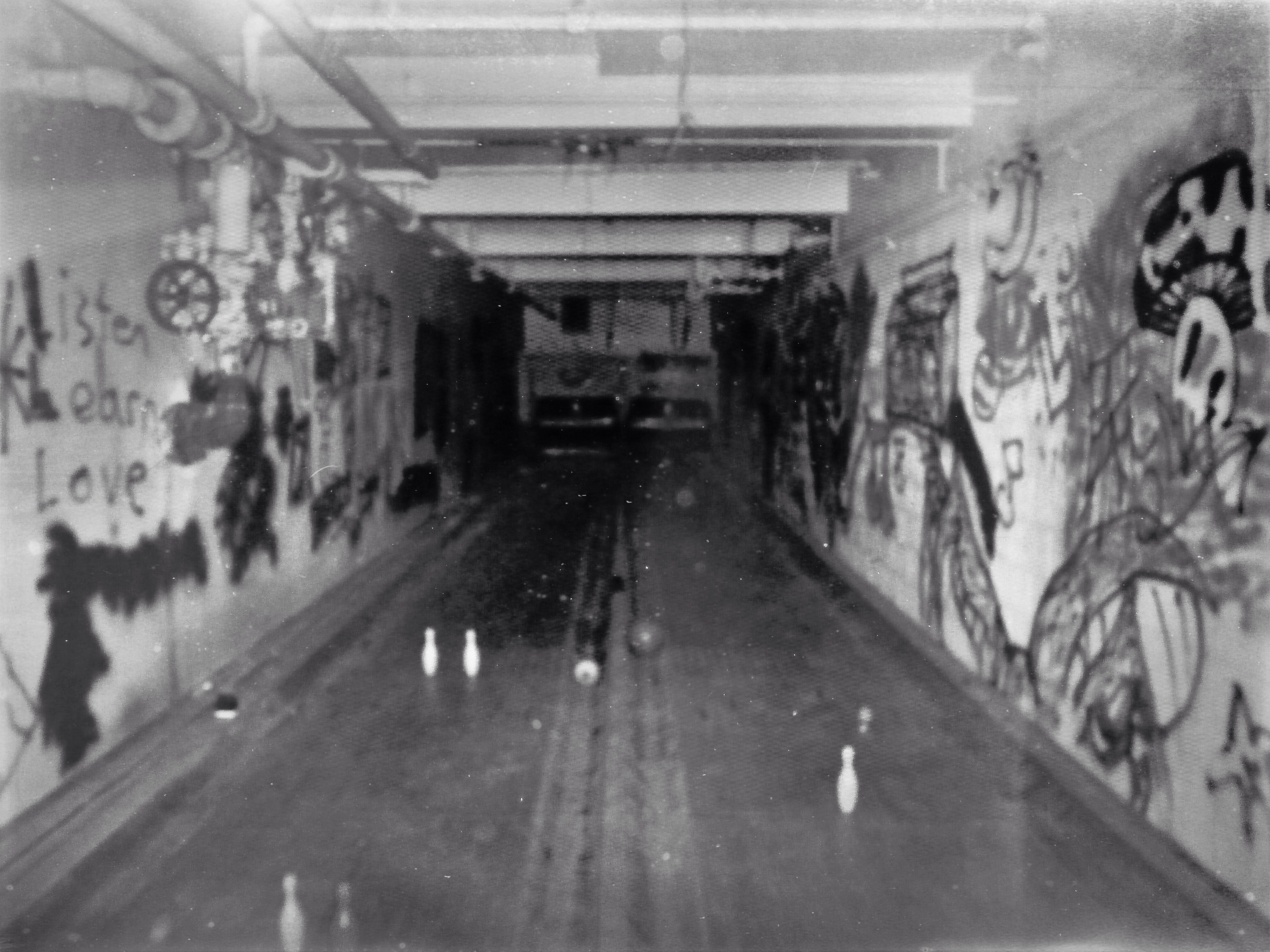 On a side note, Ghost Asylum on Destination America premiered its St. Albans episode a few months after our investigation. We found it ironic that in the bowling alley where they claimed to have witnessed a shadow person, we did as well in the very same spot. Interesting. 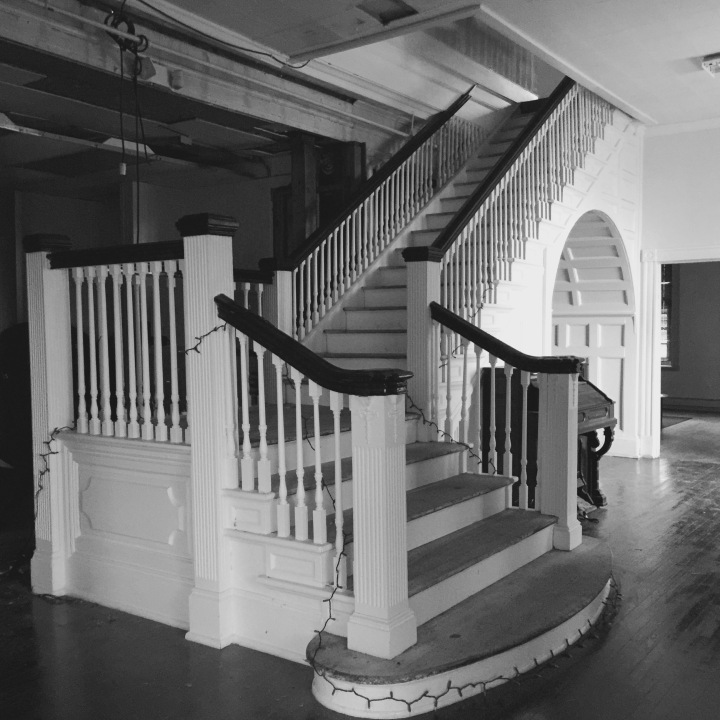 • Donald’s room, located to the right atop of the grand staircase, has gone down as one moment in all my years of investigating that will have me shaking my head for many more years to come. Months after the fact, I still do not know what to make of it. The story of Donald I’m not able to substantiate. Whether it be a St. Albans tulpa created by folklore, or concrete fact, I cannot deny the experiences in that room. The story of Donald is tragic. A homosexual maintenance man who lived onsite in the hospital, but was also a pedophile. The only reason I note his sexual orientation is because we were told that Donald prefers it when men visit his room and he wants to get them into his closet. The real horror lies in the tale of Donald raping and killing a young boy who was abandoned to the hospital. 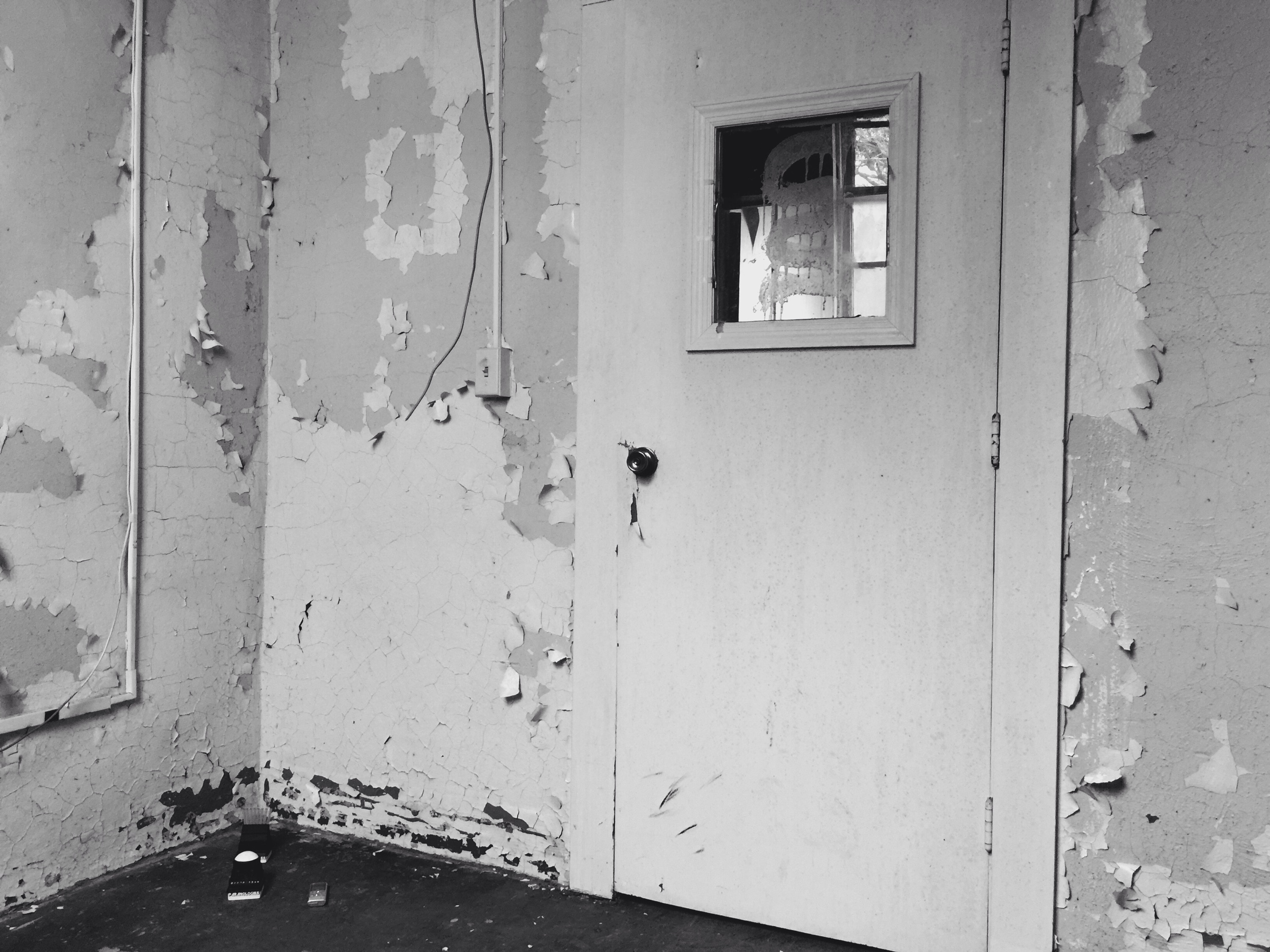 Our approach with Donald started off as our retired police detective, Mike, tried to get a remorseful confession out of Donald using a ghost box, which from our video you can distinctly hear what we perceive as a success. It’s after that, things got weird. Really weird. We started playing this little game with Donald that I’ll call You Light Up My Parascope, I’ll Get Into Your Closet With You, You Homicidal Ghost. Lengthy title I know. Parker Bros. may or may not go for it. But anyway, that’s exactly what happened. All the guys in the room took turns talking to Donald, getting into his closet, as Donald would respond by lighting up the Parascope, cutting up and laughing with us through the use of the ghost box. Even called investigator Damon Biscuit after Damon flippantly told Donald that he wouldn’t get into his closet unless he called him Big Baby Biscuit. The entire session was irreverent, but not disrespectful to Donald. We did thank him for his time. But he left our minds more than a little blown to say the least.

• In the old cafeteria, which was rumored to be a little gymnasium when the location was a school, and home to the (above) dragon mural painted by a former patient, during a ghost box / EVP session, the name Stacey, one of the investigators in the room, came across the ghost box several times on demand. 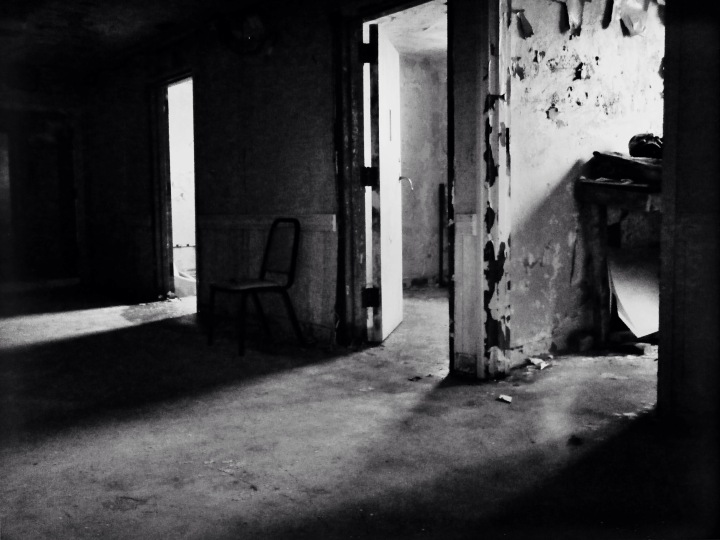 The words of this blog entry or my little video both pale in comparison to the incredible visit my friends and I had at St. Albans Sanatorium. I cannot even begin to recount every personal experience we had there. From the owner Marcell, and to the incredible volunteers, you get the sense of respect and passion that they have towards the preservation of the building, its incredible history, and unseen residents. As somebody who is amazed by historical sites, it is an extreme privilege to gain access, explore these locations, and feel the energies they contain. I cannot help but be a bit of an advocate for these places. No matter the sadnesses that may have built their reputations to establish them as one of America’s most haunted locations, for those who are fascinated by the unknown, and willing to be seekers of paranormal truth, St. Albans is a jewel in the tiara of mystery. Please book time for a visit yourself (http://stalbans-virginia.com). Tell Donald I said hello. Contact me and tell me how your investigation went, I want to know. 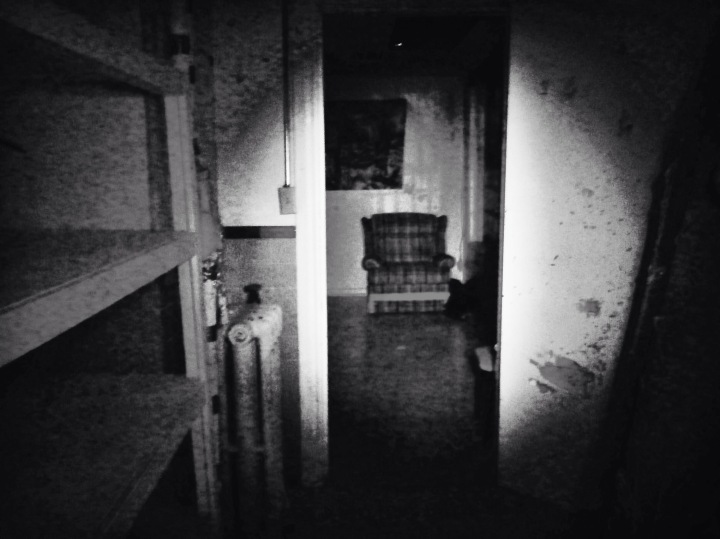 Plus,  I purposefully did not divulge anything of what’s behind the padlocked door in the upstairs wing of the hospital beside the “suicide” bathroom. But if you go, I beg you not make the same mistake that we made by knocking. That’s all I can say. 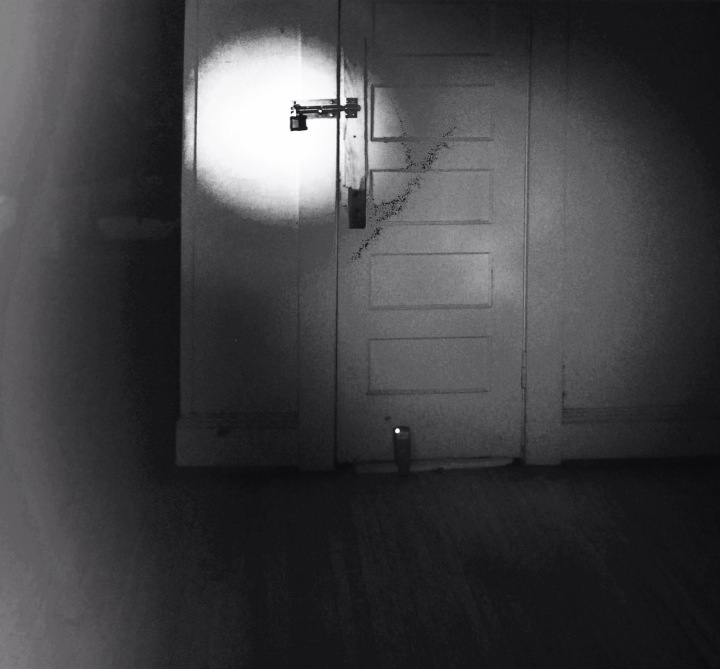