I’m in a special place in my life regarding the paranormal. Not only have I read, studied, and conducted many investigations and experiments, but I have been diligent in my efforts to network with different investigators and paranormal groups in a concerted effort to observe and learn whatever I can from them. My paranormal compadres in turn have been very supportive of my efforts with Paraholics. Not only by their willingness to share with me, but continually inviting me to gatherings and to assist on cases. Let me tell you of a recent adventure that ultimately involved input from four different groups.

Mike Culwell is a good man. How good? Simply the best, just ask him. Not only is he a retired police detective from New Albany, Indiana, but as the founder of Paranormal and Truth Hunters (PATH), he is compassionate enough to field your paranormal enquiries any time of the night. But before I post his personal phone number, I need to tell you he reached out to me without hesitation late, late one night after getting off the phone with a very concerned father whom I’ll respectfully refer to as Ass-Hat (A.H. for short). A.H. had quite the tale to sell. It was full of so much creepy creep-factor that Captain Howdy would’ve popped and buttered buckets of corn for it. Not only were he, his wife (whom I’ll respectfully refer to as Penny Pitcher, P.P. for short), and their baby girl (whom we’ll call Baby Girl, as did her parents about 666 million times), living in constant fear of being pelted by coins, steak knives flying through the air with enough force to stick into the wall, and demonic faces appearing on their TV, it was all being perpetrated by the oppressive demon nicknamed Elmo. 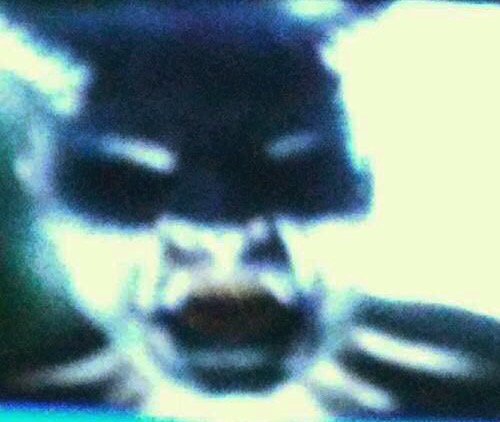 For the most part, I feel that paranormal investigators want to help people. To the limits in which we are capable of truly helping folks I’m not going to debate. I am not claiming to know that answer, and I believe we are all on this path for variously personal reasons. That being said, if there is a child involved, especially one that we’ve been told is in danger, we’re gonna automatically bump that case to the top of our list with a sense of urgency and try our best to assist. That’s what Mike did. No matter how too-good-to-be-true A.H.’s yarn was, a child at risk overrides that. Not only did he reach out to me, he reached out to other great friends, Gene Caswell of Jefferson County Paranormal, and Chris and Vonda McDaniel of Creepy Legends Paranormal. Why reach out beyond the borders of your own team? His doing so was simply to add more experience to the roster. Most of us would undoubtedly agree that when it comes to cases labelled as demonic, regardless of how our spiritual lens sees that topic, it’s best to be pragmatic and cautious.

Within a couple of days Mike and Gene travelled to the home of A.H., P.P. and Baby Girl. Please keep in mind that these are seasoned investigators, they ask the right questions, and work hard to cover all the bases. The client’s story was just as colorful as the initial call. One thing both men will tell you is that the couple was very sincere, desperate, and their story had Baby Girl fully entrenched in it. Such as it was, Baby Girl named the entity Elmo, and she could see him as well (Elmo was described as a big dark shadow with a long tail). In spite of the doubts of the investigators, for the sake of Baby Girl’s eternal soul, an investigation was scheduled immediately.

Within days Mike assimilated Chris and Vonda and myself, and we made our way to the home that’s inconveniently tucked in the asscrack of a godforsaken area in southern Indiana. I am not going to delve into every detail of our night, such as how the homeowners were sitting in their car waiting for us to arrive because of being too afraid to wait inside the home they slept in every night, or after they left the premises for a couple of hours, the only signs of demonic activity revolved (literally) around a gerbil having its own private Mardi Gras in his cage, and a beer fridge giving off an evil hiss, — simply because A.H. and P.P. are not worth it.

Let’s get to the highlight of the night. It happened when A.H. and P.P. returned (without Baby Girl in tow). We could see their earnest distress that nothing happened while they were gone. At this point we (the investigators) were convinced that the power of Elmo was beyond a little exaggerated, but if there were no blatant shenanigans being perpetrated here, we wanted to ease their minds to our best ability. They were so adamant on the existence of terror that they live with on a daily basis. So we decided to have a sit-down EVP session, and a ghost box session with the clients to give Elmo a chance to speak his mind, or the couple an opportunity to claim their space.

But let’s talk about loose change for a second. It was impossible to leave spare change laying anywhere in the house, it would get hurled at them. Between the Susan B. Anthonys and the steak knives flinging about, Elmo had one hell of an arm! So earlier that evening I had A.H. show me where they used to keep their spare change; he pointed to a shelf in the living room where a bowl once sat, and I promptly put a quarter and a dime there in hopes Elmo would object. Fast forward to our late night EVP session, everyone but myself sat down in the living room to get comfortable. Before the went lights out, I walked around the room to the far side where a pool table sat. In that corner I noticed something for the very first time, a really cool antique slot machine equipped with hundreds of coins in the jackpot tray. It was at that exact moment the husband earned his title of Ass-Hat. I was as sure as the Pope is Catholic, that we’d been had. Hoaxed. I can attest that we were not even close to being blindsided by these people; we had been skeptical from the get-go, and it got worse. I kept my cool. I didn’t point out immediately the slot machine and questions concerning the coins. I simply went to my spot, armed with an Xcam SLS from Digital Dowsing, the lights went out and I started recording.

First off, the Xcam doesn’t look like a camera, it resembles more of a tablet with a handle beneath it, which I believe gave our team an advantage. A.H. and P.P. had no clue that they could be seen in the dark. Secondly, you have to use a healthy dose of skepticism when using the Xcam. It’s a structured light camera and badly wants to map out human figures much like the Xbox Kinnect system. So if there is a person in view of the camera, it’ll map out a stick figure of their frame. Unfortunately it’ll try to map out a stick figure on most human-sized surfaces too, so you must use utmost discernment when using this device. You can have loads of false positives. That being said, when it maps out a humanoid figure that you cannot debunk, or the figure intelligently responds to your voice, it’s amazing. The resolution of the Xcam is totally different. It’s not crystal clear. You really have to study the image to make out the details. Lastly, you can only record for 10-minute increments at a time. Moving on…

During the EVP session, after the first 10 minutes I had to stop my Xcam to start another file. Of course during that lapse is when P.P. was hit in the back of the head and A.H. miraculously produced a dime out of the dark (not my change). So with my Xcam recording, I anxiously waited on the next act. So with the attack on P.P., A.H. jumped up with his chest puffed to call out Elmo, and it was then I saw P.P. pass something from her left hand to her right, put her right arm over the back of the couch, and wait a second before pitching coins all over the floor. Of course that produced a flurry of WTF’s from my fellow investigators shocked at the sudden amped up activity. The house lights went up, and everybody went outside for a moment to assess what had just transpired, everybody except for P.P. and myself. I stayed in the corner to try and review what I just witnessed when she realized what I was holding was a camera. Her concern over that was comical. She made a beeline to me so fast you’d thought Satan himself chased her legitimately for the first time ever. From that point she seemed determined to distract and convince me that Elmo would sometimes perform tasks on command. She went as far as pretending to video record a Parascope sensor with her cellphone and proceeded to use a phone app to turn her TV on and off! Oh Elmo! I played cordial. We soon left after that, told them we needed time to review everything. And I wasn’t about to call these folks out on their own turf for multiple reasons. I even left my 35 cents behind to expedite getting the hell away from there.

After we left that evening, we were confounded by our experience. Mike caught a name from the clients of a previous paranormal group from the Louisville, Kentucky area that had worked the same case. That team didn’t completely bust them, but had to deal with the clients’ ire when they were not able to substantiate the claims of demonic terrorism — outside of the TV turning on and off whenever P.P. was around. Mike Culwell’s final report was heavy handed in the way he respectfully called them out. Not only did they piss on our time, effort, and exploit our sincere concern for their daughter, but I’m positive they embarrassed gainfully employed demons everywhere with the wimp-ass nickname of Elmo. 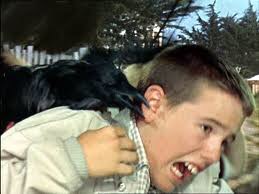 Why’d they do it? Isn’t that always the million dollar question with any type of hoaxing? I will say that I don’t think this was a case of making people in our field appear foolish by duping them. A couple of things the homeowners mentioned led us to believe that they are really into paranormal TV shows, horror movies, etc. Maybe they thought they’d find fame? Maybe they’re pathological liars who truly believed all of it? Who knows? With that being said, the trip wasn’t a total waste. I had a chance to see how thorough and critical investigators can be with their thinking and approach. We had an opportunity to bond, given the chance to build upon our friendships, and that is worth its weight in gold. And in the end, it was a reminder that in this field, even if you’re a believer, that amongst everything else we can observe or study, it’s the living that will leave us completely baffled by their motives. And in my case, left me 35 cents poorer.