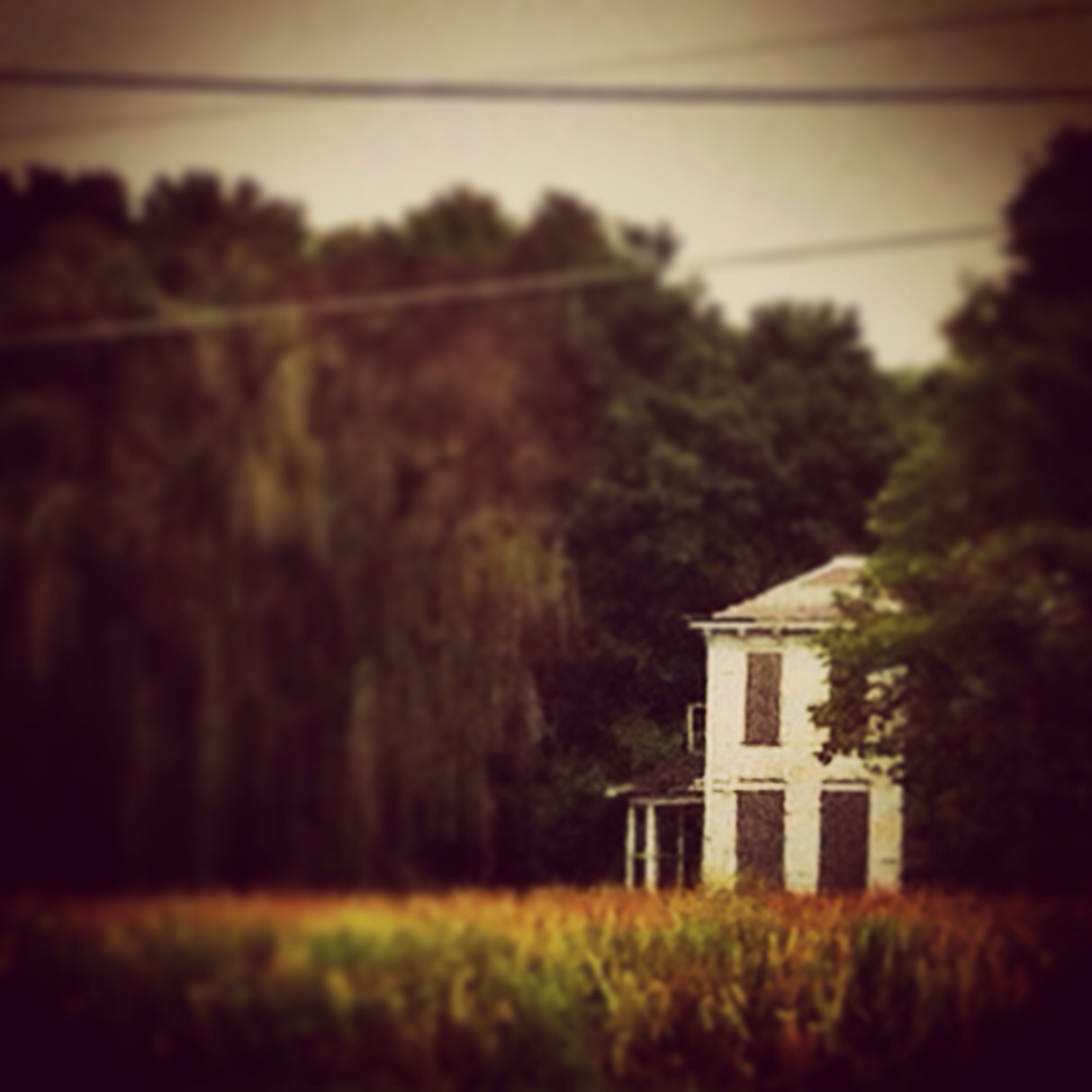 Somewhere between two divorces, raising two children, paying against a few mortgages, maintaining multiple cars, owning my own business, and maybe polishing off more than a fair share of whiskey,  I’m 100% positive that I’ve sustained some brain damage. Life does that to us all. That being said, I’m surprised how well my memory serves me at times. Which is why I can earnestly say I remember the moment I snapped the photograph. The photo that to this day stupefies, mesmerizes, and even angers me.

If you’re familiar with Black Moon Manor, you already know it was steeped in controversy. If you’re not familiar, in a nutshell, Matt Speck rented the old Eastes family farmhouse outside Greenfield, Indiana, to convert it into a haunted attraction. The ghost story he spun as part of his haunted funhouse, Black Moon Manor, entwined folklore spun from local hearsay with, unfortunately, names of the Eastes family ancestors. Along the way, Speck discovered the house was truly haunted. Disembodied voices, doors shutting, phantom footsteps, and vicious scratching attacks were some of the claims. Speck’s focus shifted from the haunted attraction to a haunted location for paranormal teams to pay-to-play.

So imagine, a somewhat dilapidated and abandoned (but still awesome) farmhouse without any utilities, butted next to the original family cemetery, and equipped with a made-for-horror-movie weeping willow tree outside. Try to research the property’s vague history muddled by unsubstantiated wild tales, most of which reflected negatively upon the deceased family of the folks who still own the property. Then throw in claims of real haunted activity and the flurry of interest that stirs with paranormal investigators, and every bump-in-the-night flashlight ghost-jockey for miles. It was a perfect storm for a disastrous end. Which is what happened. In spite of all the press, TV shows (Ghost Adventures, etc..), and the support from the paranormal field, the Eastes family had enough of Black Moon. Even though I personally do not think Speck’s intent was to create such a convoluted mess, the Eastes pulled the plug on him and his Manor, and sadly demolished the historic home.

Let’s get back to my photograph.

Myself alongside some friends comprised a club we formerly called SOUP (The Society Of Unknown Phenomena). SOUP had a high standard in its approach to a haunting. With all the red lights flashing all over Black Moon Manor, the critical thinking side of SOUP said that place is a no-go, too many credibility issues. Which left just li’l ol’ me. Until there are scientific parameters set upon the paranormal field, I’d investigate a shithouse at the bottom of a coal mine in West Virginia if it was rumored to be haunted. So off to Black Moon Manor I went with my brother, Emyl, and fellow SOUP alumnus, Bill Method.

It was the most boring investigation ever. Don’t get me wrong, I appreciated getting to be on the property. It is a pleasure to get a chance to nose all over a historic place — I love it. But it was an outright painful snoozer. No inklings. No vibes. No EMF spikes. No bumps. No bangs. No voices coming from the well at the back of the house. No demonic scratch attacks. No tape on the floor left from Zak’s static cams. Nada. Nothing. Zilch. Still we were patient. We know how this can be. Everything is silent then all hell can unleash. That never happened.

My brother and Bill went upstairs before me with our equipment. As I was following them, I decided to take a picture from the landing in the turn of the staircase. Looking down the stairs you see the front door of the home. To the left and to the right were open doorways that lead to other areas of the house. That was the basic layout. I didn’t review any of my pics until the next day. First mistake. Second, and this is another rookie faux pas, I didn’t take multiple pics of the same angle at that moment for comparison. The following morning, I noticed what I believed to be an apparition coming through the doorway to the right. Not just any apparition, but a ghostly Joker-meets-Beetlejuice-that-had-a-baby-with-Sammy Terry-sneering-apparition! Holy shit! It was so insane looking, I initially hesitated showing it to people. Although the original intent for Black Moon was a haunted attraction, it wasn’t rigged or overly staged in any fashion for Halloween props to pop out, not even close. So my third issue, I never had a chance to return to Black Moon Manor to re-create the photo, and within a few weeks the house was torn down.

Paranormal investigators use photography as a means of capturing evidence of ghosts. Ghost hunters present photos by the thousands full of processing errors, light leaks, streaks from long exposure times, orbs from dust, bugs, moisture, etc. Most people have very little understanding of photography. They in turn misuse editing software by zooming in and manipulating the photo to reveal shapes in a grainy pareidolia blur. Then there exists the annoying apps you can use to insert a fake ghost onto an image (much like the spirit photographers of old). I have seen those apps used almost like a test just to see how gullible people in and out of the paranormal community are. Some groups have even tried to pass off these hoaxed pics to establish themselves as some elitist super ghostbuster team to further bolster their reputations.

But in the correct hands, photo processing tools can be used to polish evidence of the existence of the supernatural. Luckily in my case, fellow SOUP member Craig Smith is a photographer, and although we can plainly see the entity in the original photo, he used professional software to lighten the picture to enhance more detail.

So there you have it, my crazy pic I occasionally punch myself in the face over. I should’ve briefly checked my camera that night. Seeing that photo may have changed the focus of our investigation and made it more productive. Taking another pic at that moment like a good investigator should, could have revealed more insight as to what was captured. And ultimately I wouldn’t have to live with regret of not being able to make it back to the house to try and re-create that image.

I will always remember Black Moon Manor. Through frustrations stemmed from my lackadaisical attention concerning my investigative methodology, I learned lessons I’ll never forget, regardless of my poor brain’s damage.

One more thing. I usually prefer to go into a location without tons of info preloaded in my mind. Towards the end of the night we were conducting an EVP session in the upstairs of the house and randomly I asked if there was an Obadiah there. Not a common name, and why I asked for that name, I do not know. After we packed up our gear to leave, we stopped to briefly investigate Eastes Cemetery. I was confounded when I stumbled across the tombstone of Obadiah Eastes, the patriarch of the Eastes clan. Coincidence? Probably, but strange nonetheless!

The Case of Black Moon Manor