• We began our investigation in the same area where on our previous visit, something growled in my ear and flipped the light on. This is the same spot where the WDRB crew had multiple camera malfunctions when they came to the asylum to interview us. On this trip, when I intially entered that area, I saw a door slam.

•  During EchVox sessions we typically will ask random off-the-wall questions. This isn’t meant to be disrespectful of the spirits, but it’s more so to gauge the validity of the app. I’m skeptical of ITC apps in general. Although I’m always shocked by the responses we receive at times. Do I get more excited over a Class A EVP? Absolutely. No comparison in my mind. Does that mean I should discount any answer that we record using an app? No, I think app ITC is in its infancy, and it is at least worth taking the time to experiment now. I’ve had some truly startling moments with them, but just keep the app world in perspective. There is lots of room for developer trickery in there. …. Yes, I have trust issues.

• Gene’s GoPro battery died, that’s why there is no video during his attack. Would this assault have happened if he hadn’t gone to the basement solo? Possibly. Lots of people caution about investigating solo. That being said, I enjoy it, but I make sure people know where I am.

• This is by far the most active location I’ve had the opportunity to explore. It is my hope that the community of New Albany be open to using paranormal research as a viable vehicle to financially pave the way into preserving this amazing property.

1892 – Joseph Pierson, about 75, jumped from a second-story window and broke his neck. Deemed suicide.

1900 – Cornelius Dewey, 86, cousin of prominent Dewey family; penniless and last in his branch of family.

1870 – Mrs. Emma Hamilton committed suicide by drowning herself in a cistern.

1891 – Francis Lott, 82, served in Mexican War, dangerously wounded in Battle of Bentonville. Preferred to remain in the asylum than be transferred to a Soldiers’ Home.

1893 – After inmate Mrs. Isaacs died … “Her body was not called for by friends, and a demand was made for possession by an agent of the State Medical University. The authorities see no way of denying the claim, but are loath to give up the body because of the great prejudices in that county occasioned by grave robberies which have been committed in the name of medical colleges generally.” (The Indianapolis News, 3/13/1893)

1899 – Mrs. Nellie Mullen, 65, inmate for more than 30 years. “When a young woman, married but a few years, the story goes, her husband returned home intoxicated, and in a sudden fit of anger kicked their baby, which was playing on the floor. The child died from the effects of the injury and the mother became insane. She was under treatment at the asylum in Indianapolis for some time, and was returned to Floyd County incurable. Since that time she has been an inmate of the insane ward, no gleam of returning consciousness having ever come to her clouded mind.” (Courier-Journal 8/2/1899)

1906 – Henry Matthews, 64, concussion of brain; while milking cow hit in head by stone thrown at a kite by a boy.

1910 – Nancy Newby, 82, infirmities of age. Confined for several years; sent to asylum much against will. Said to have once been prosperous.

“A remarkable man, whose name is unknown, is being cared for in the insane ward. He came many years ago and was then a man apparently in the prime of life. His name could never be learned even in his most lucid intervals. His mania is that he is on the firing line with some army and in a desperate and closely contested engagement. When his insanity is at its height he utters military command and goes through all the regulation movements of loading and firing an imaginary gun. It is supposed that he served in one or the other of the armies during the Civil War, and that he lost his mental balance while in battle. “ (Courier-Journal, 8/3/1899)

1879 – C.W. Salter died a pauper. For many years a prominent boat and show dealer. Said to be insane for some time.

1891 — Willie Norris, once a notorious gambler and wealthiest man in New Albany.

1915 – Lucy Higgs Nichols, 76, escaped slave, nurse for Union Army during Civil War. Known as “Aunt Lucy”; The Grand Army of the Republic admitted her as their only honorary, female member. Granted government pension for diligent nursing and other services.

Was “the scene of the happy marriage of William Williams and Eliza Vinson both inmates of the institution.” (The Indianapolis News, 2/2/1874) 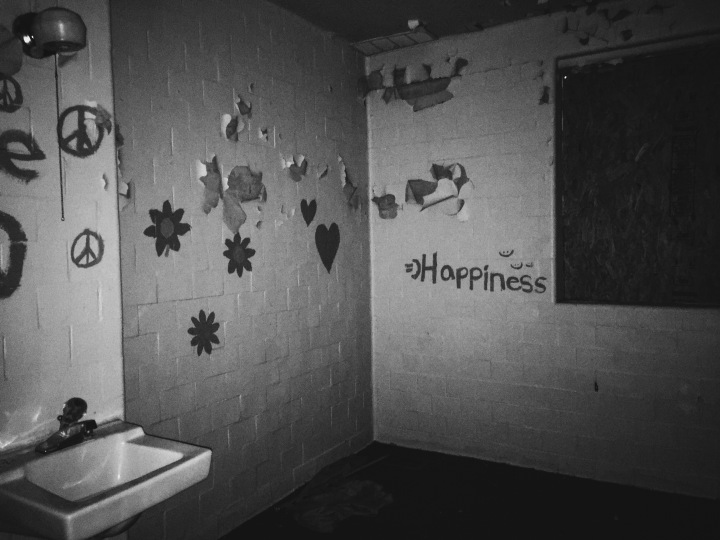 1901 – Mahala Dorcas, six months shy of age 100, from effects of paralysis. Oldest person in Floyd County. Made meager living picking up waste glass along riverbanks. When glassworks shut down, became charge of county, living in dilapidated hut. After exposed to inclement weather, was taken to asylum – after which she escaped and walked nearly two miles to city and again occupied her ruined house. Permitted to remain there until almost froze to death at nearly 100 years old. Taken again to asylum where she remained until her death. (Courier-Journal 7/7/1901)

1908 – Jeff Cameron, an old fisherman, died at poor asylum of senile debility at age 83. Served in one of regiments of Gen. John Morgan’s brigade of the Confederate army from beginning to end of Civil War. For last 10 years of life looked after by Capt. and Mrs. Thomas Hanlon. Under state law, “the bodies of paupers are sent to the dissecting table.” Mrs. Hanlon had promised the man years ago to have him decently buried and was appointed administratrix of his estate. “By this means he will be saved from the dissecting table and afforded a Christian burial at the expense of the charitable woman.” (Courier-Journal 2/2/1908)

Approximately 475 meters north and west of the Infirmary is a fenced area identified as Potter’s Field, Floyd County Home Cemetery. There are only three marked headstones in this cemetery; however numerous slumped depressions, indicating the presence of a large number of unmarked graves, are visible within the fence boundaries:

Amputated limbs from area hospitals are also likely to be buried in Potter’s Field.

The Potter’s Field cemetery encompasses enough area to contain perhaps as many as several hundred burials. At least 155 inmates of the Floyd County Infirmary believed were buried somewhere on the county property, though there is strong suggestion that there actually may be many times this number.

Southwest of the Potter’s Field cemetery is an isolated base stone with the remains of a broken tablet grave marker reported to be the location of the McCulloch family cemetery.

At the rear of the Infirmary (west of the building) is the area where unmarked burials are believed to be located. The area includes uneven ground and numerous slumped depressions similar in size, shape and orientation to those found in the Potter’s Field cemetery, as well as a religion statue. “The location of the statue is curious and would tend to support any additional evidence that there may have been a cemetery in this part of the property.”

• All historical information was compiled by PARAHOLICS.COM Researcher, Amy Specter.